Tortoise Run After Mario is an exciting game in which your mission is to help the tortoise get to the exit in each level by solving the puzzles.

Tortoise has always been killed by Mario in the classic Mario games. After Mario rescued the princess, there is a little tortoise named Ben wants to kill Mario for revenge. Ben knows that he is not Mario's rival, he thinks if he can bite Mario's feet, the purpose is achieved. So, a funny and exciting adventure journey begins. Have fun! 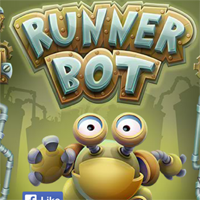